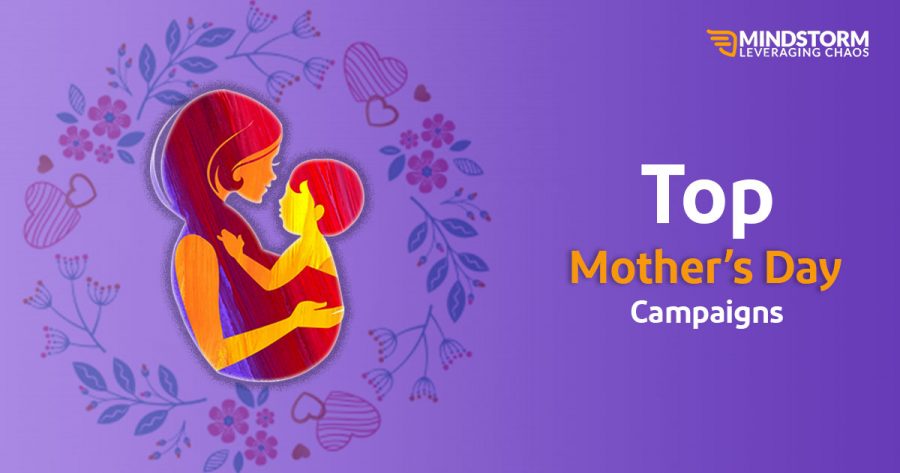 When brands showered their love for mothers around the world.

Mothers day gives brands an opportunity to rekindle the bond we share with the most special ladies in our lives. No matter how old one gets, they continue to remain the apple of the eyes of their mom’s & these brands managed to showcase just that with their endearing and heartwarming campaigns. Have a look!

Indeed it was an excellent campaign by Amazon. The #DeliverTheLove campaign portrayed how a mother’s love is the only constant in this world. The 1:30 minute video depicts the coming of age kind narrative from the visuals from baby, to kid and into adulthood. If you have noticed, Mom’s hand was the primal focus throughout the video, a great metaphor of a mother’s love. Now go #DeliverTheLove to your mom!

Hyundai came up with an interesting campaign for Mother’s Day in 2019. They very smartly integrated the concept of our nation, Mother India with real mom mothers, capitalising on the fact that the elections were around  the corner. This simple yet profound campaign conveyed its messaging perfectly through its video narrative that featured a mom and her two adult kids driving to an election booth in a Hyundai Santro, to cast their vote.

HSBC – Middle East came up with a visually engaging campaign, The Ad film depicted the love of a busy-working mom to her daughter in the form of a melodious, soothing song sung by the mother.

Unlike regular Ad commercials, BYJU’S took a realistic route of making the mother day’s campaign more engaging and relatable last year. The video basically featured their employees answering situational questions which was quite fun and made one relate to the answers given by them.

They say God can’t be everywhere, that’s why he created mothers. Sunfeast tried to encapsulate that through it’s campaign in 2019. It delivered a unique & thought provoking messaging that many take for granted or simply forget to realise. It showcased this through the perspective of a young man as he took us on a narrative about his mother-like figure from the past, an old lady who ran a tea shop during his college days. We all have had such a mom-like figure guiding us wherever we go.

EPSON, showcased a beautiful bonding between a mother and her teenage daughter through their campaign #SheIsAlwaysWithYou, which took us on a roller coaster ride of emotions all the way till the end. The ad film depicted how far a mother would go to fulfill the wishes and desire of their child.

#MummyKahanHai was the campaign that SBI Life Insurance came up with, showing a real life incident based film of a SOS mother. Never heard of a SOS mother? An SOS mother raises a generation of children as her own and meets their physical and emotional needs from infancy right up to adulthood. SOS mothers are chosen carefully to ensure they are capable of raising an SOS family in the long term. Watch the video to truly appreciate the heartwarming message behind the campaign.

Last Mother’s day, Hopscotch came up with a really innovative & trendy campaign featuring a mom rapping to  a song with a context of styling a kid. It was a hilariously quirky video, endearing to watch and with ample amounts of ‘swag’

Shoppers Stop came up with an off beat black & white visual video with a daughter’s voice over narrating us through the heartwarming events of the video. The narrative spoke about how every mother is her daughter’s idol, by showcasing the young daughter trying to mimic her mother at every stage of life.

Zomato’s #OrderForMom during last year Mother’s day was quite heartwarming yet questioned us in a subtle way – “Do we know what our mom’s favourite food is?” It is so easy to recall ours though! The ad film showed 2 kids ordering their mom’s favourite food from her favourite restaurant, surprising her by ordering through Zomato. A brilliant idea, made even better by the seamless brand integration, kudos Zomato!

The video starts with NBA All-Star Kevin Durant paying tribute to his mother in his MVP acceptance speech and then incorporates clips of other stars with their moms. The ad is funny and emotional and stands out from the traditional mother’s day ad.

In this unique ad, children are blindfolded and asked to pick their mom’s out of a lineup. This ad brilliantly captures the special bond between a child and their mother.

13. Brawny- Once a Mother, Always a Giant

This ad adds a unique spin to a mother’s day ad. This video is from the vantage point of a child as they grow through learning and playing.

14. eHarmony- Someone For you

eHarmony brings to light a different issue mothers’ face- Dating as a mom. This video is a lighthearted effort to bring a beautiful story with an uplifting message.

A hilarious ad showcasing a mother using common abuse phrases with a spin to it such as What the Frog! This video hits the bullseye capturing exactly how moms try to get ‘hip’ with their kids!

In Google’s #HeyMom Campaign, we see how kids, no matter how old, turn to their moms’ for advice. This video draws a parallel between how we turn to our mothers & Google!

This campaign told true stories of real moms who work at a customer service centre in Wichita, USA. Using the tagline “No one protects like a mother,” ADT succeeds in conveying the relatability and humanity of their employees, leaving potential customers thinking, “Those are exactly the kind of people I’d want protecting my home.”

Times were tough in 2020 due to COVID. A brilliant campaign released by Kay Jewelers showed how ‘Love is Unstoppable’ even when there is physical proximity. Furthering this campaign, Kay Jewelers asked the users to use the same hashtag on Instagram & Twitter & share their love stories, the results were both inspirational & heartwarming.

This campaign ran during the 2012 Olympics and was a stroke of genius. It showcased mother’s raising their children into fine athletes now competing in the Olympics. P&G, a giant in the feminine care industry, branded themselves – Proud Sponsors of Moms.

This video ad was a hilarious spoof on ‘just another day at Buckingham Palace.’ Using look-alikes, this video showcased how Prince Charles & Camilla prepare breakfast for the Queen while bathing their Corgis. And the tagline? ‘Treat your mum like a Queen, this mother’s day!’

In the week ahead of Mother’s Day, Nivea Netherlands produced their Silk Mousse Bottles with a special do-it-yourself packaging. The idea was to have children decorate it themselves & gift it to their mommies.

In the video, we see a short story of a girl with down syndrome and how her mom supports her in all her steps. Unconditional love- that’s all what mothers are about.

This power packed video captures the essence of motherhood & the extend to what they do for their child. Using Vince Lombardi’s iconic ‘What it takes to Number 1’ speech as the voice over, this video is not only captivating but also thought provoking.

A great example of using email marketing to convey a message. SeatGeek used a gif based email blast to convey the unique text relationship between a mother and her child.

This video is exactly what happens when you pair a troupe of dancers with the Colonel! While mother’s enjoyed munching on their favorite meal, they could also enjoy this customized ‘sexy’ dance.

Epsons celebrates the spirit of mothers everywhere who do not back down in the face of adversity and always stand by their children. This ad is based on the universally acknowledged truth, that moms will do whatever it takes for their children

Moonpig, a personalised gifting service created a new campaign wherein a series of television and radio ads, real people open up their hearts to share genuine & touching messages for their own mums – reminding us in the process that we don’t always tell them how important they are.

Hope you had a great time browsing last year’s Mother’s Day campaigns by different brands. To learn and read more such blogs and articles visit this link!