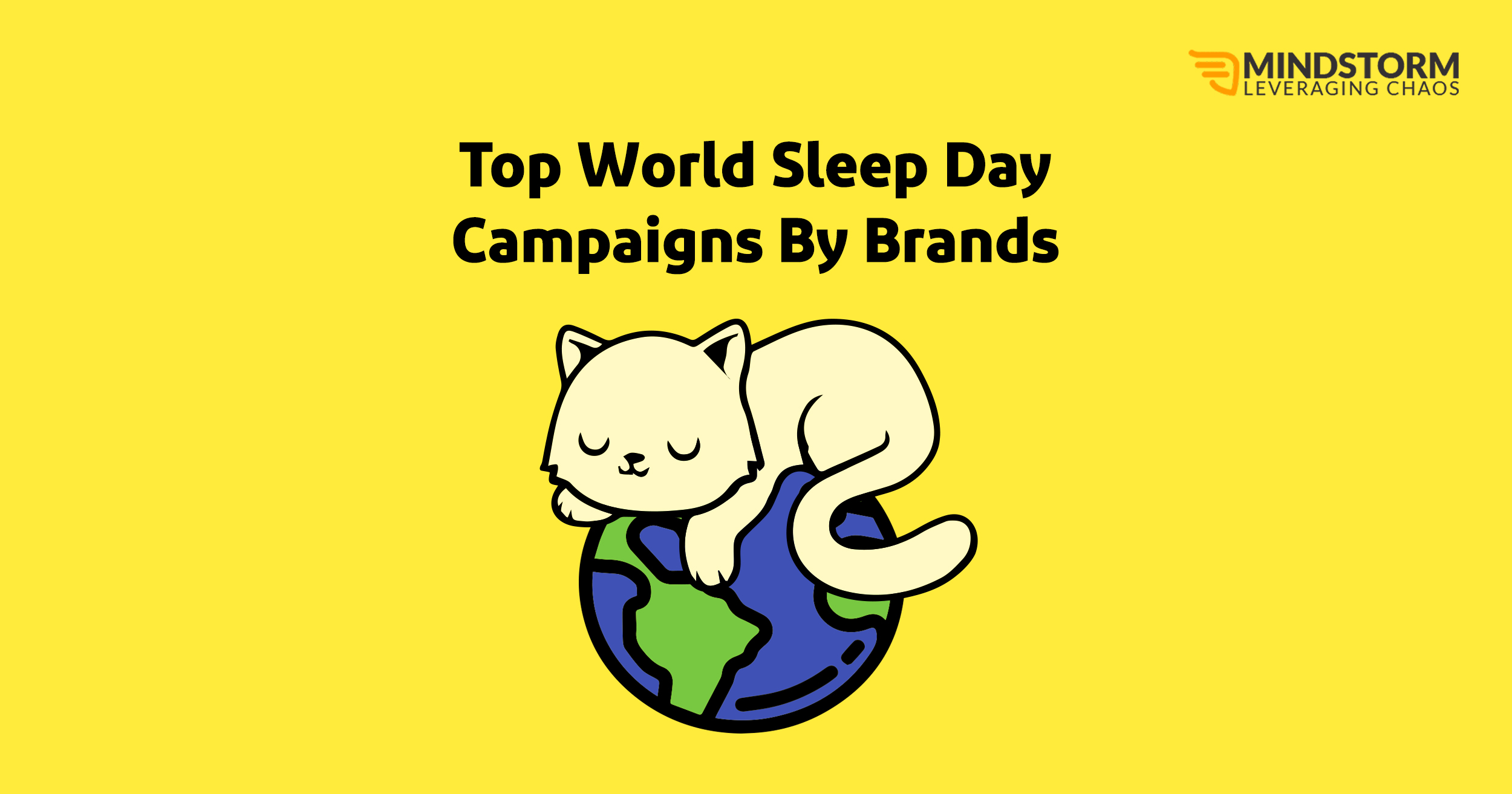 Below are few brand campaigns for world sleep day which went viral on social media. They were carried out by some famous brands like Godrej, Kurl-on, Duroflex and many more, here are few of them.

Godrej Interio launched the #SleepJasoos campaign leading up to World Sleep Day on the 16th of March. As part of the contest, participants captured and posted pictures & videos of family, colleagues, and friends snoozing at odd hours and places. Over 3 lac people participated in this campaign. #SleepJasoos trended nationally generating over 19 million impressions. Later the activity was extended to Facebook by sharing it with the influencer communities.

Kurl-on came up with a campaign called #GoodSleepIs. On Twitter, the brand posted a simple question for its followers. To say what does good sleep meant to them along with the hashtag #GoodSleepIs. Within an hour, the brand received an overwhelming response and began to trend. According to the brand – “a total of 458 unique participants showered us with 2,828 responses which generated 1,129 re-tweets. The #GoodSleepIs campaign trended on Twitter for 5 hours.”

Duroflex Mattresses is one of India’s leading mattress brands. It launched their unique and quirky, #YawnOffSleepOn campaign asking everyone to send them their yawns so they can send them a good sleep. Through this innovative campaign, the brand called out to people across cities to share funny yawn videos. Those who sent the most entertaining yawn videos won a premium mattress from Duroflex and got featured on the brand’s social pages.

Westin Hotels & Resorts came up with a World Sleep Day campaign called #JOMO  to highlight its brand as an industry innovator when it comes to wellbeing. The campaign was made to drive awareness of the brand’s ‘Sleep Well’ pillar and iconic Heavenly Bed in its hotels and resorts. It included both influencers and customers.

Springfit Mattresses’  #AbToSoJa campaign featured a role reversal route where children were asking a very fundamental question to their parents. Do the adults practice what they preach? If children are asked to sleep on time, why didn’t the adults?

The one and a half minute long ad film talked about the hazards of smartphone addiction urging grown-ups not to include phones during their sleeping time. The music video also showed the kids singing lullabies for their parents late at night, urging the viewers to sleep on time. This campaign was viral on social media and was run on World Sleep Day with #AbToSoJa.

The most loved global home furnishing brand, launched a new campaign ‘Let’s Celebrate Sleep, Everyday’. Through this campaign, the brand wanted to urge consumers to sleep well.  The campaign was kicked off by a television commercial that  showcases a family struggling to sleep at night due to various factors such as ambient light coming from the windows, sounds from outside, uncomfortable pillows and mattresses.

They later suggested solutions to the problems by introducing IKEA products such as ergonomic pillows, comfortable textiles, pocket spring mattresses, darkening curtains and lighting solutions among others. This went popular and reached new heights.

In response to World Sleep Day 2020, Philips administered its annual sleep survey campaign to generate insights into how sleep impacts people’s lives and what they are (or are not) doing to improve their sleep around the world. They surveyed more than 13,000 adults across 13 countries to capture attitudes, perceptions, and behaviors around sleep. With the survey data, Philips continues its commitment to raise awareness around people’s sleep challenges worldwide on their Instagram and Facebook page as well.

Channel 4, Eve sleep, and Goodstuff have partnered to create a worlds-first in TV advertising by removing the blue light from their TV advertisement, marking the weekend of World Sleep Day in a bid to help the nation wind down to sleep more easily.

In the ad break, with time edging close to bedtime between 10pm -11pm, a 90-second relaxation film featuring adults, a young child, a baby and a puppy enjoying good sleep helped create a relaxing moment for viewers across the country.

ResMed Australia is a brand that provides sleep time teas. For World Sleep Day they created a giveaway that incorporates completing their Online Sleep Assessment during the month of March and get the chance to participate in their lucky draw to win the ResMed Ultimate Sleep Pack (valued at $893) every week. Adding to this giveaway, they also created a page showcasing tips on how to sleep better & tips to do the same. Check it here.

Sleepy created an advertisement campaign where all screens in Belgium played a lullaby sound video, encouraging people to switch their devices before they sleep as it can be harmful.

The focus of the new commercial, is sleep deprivation that women face because of early mornings and late nights. The company conducted research at the beginning of the ‘Share The Load’ campaign in 2014. The study revealed that 79 percent of married men thought that laundry was a woman’s job. “Over the years with our awareness campaigns, we have found a way to change attitudes and bring that number down to 41 per cent.

More than half of people worldwide aren’t getting enough sleep and, according to new research, it’s women who are losing out in the bedroom. Sanofi Pharmaceutical company held a global campaign  “How long has it been” to raise more awareness on what people are missing out on.

ICICI Lombard created a video for World Sleep day that aims to provide a few ways one can improve sleep and stay healthy on a daily basis. With their signature music in the background.

BekaertDeslee Group created a video in which they outline sleeping habits people have to raise more awareness on how good sleeping habits look like and why they might be important to have in their daily life.

We at Mindstorm love our sleep too, but we’ll stay up as long as it takes to keep you digital bees updated with the latest industry trends and insights. In the meantime, if you wish to get in touch with a best seo company in Mumbai, look no further. Email aniketh@mindstorm.in. 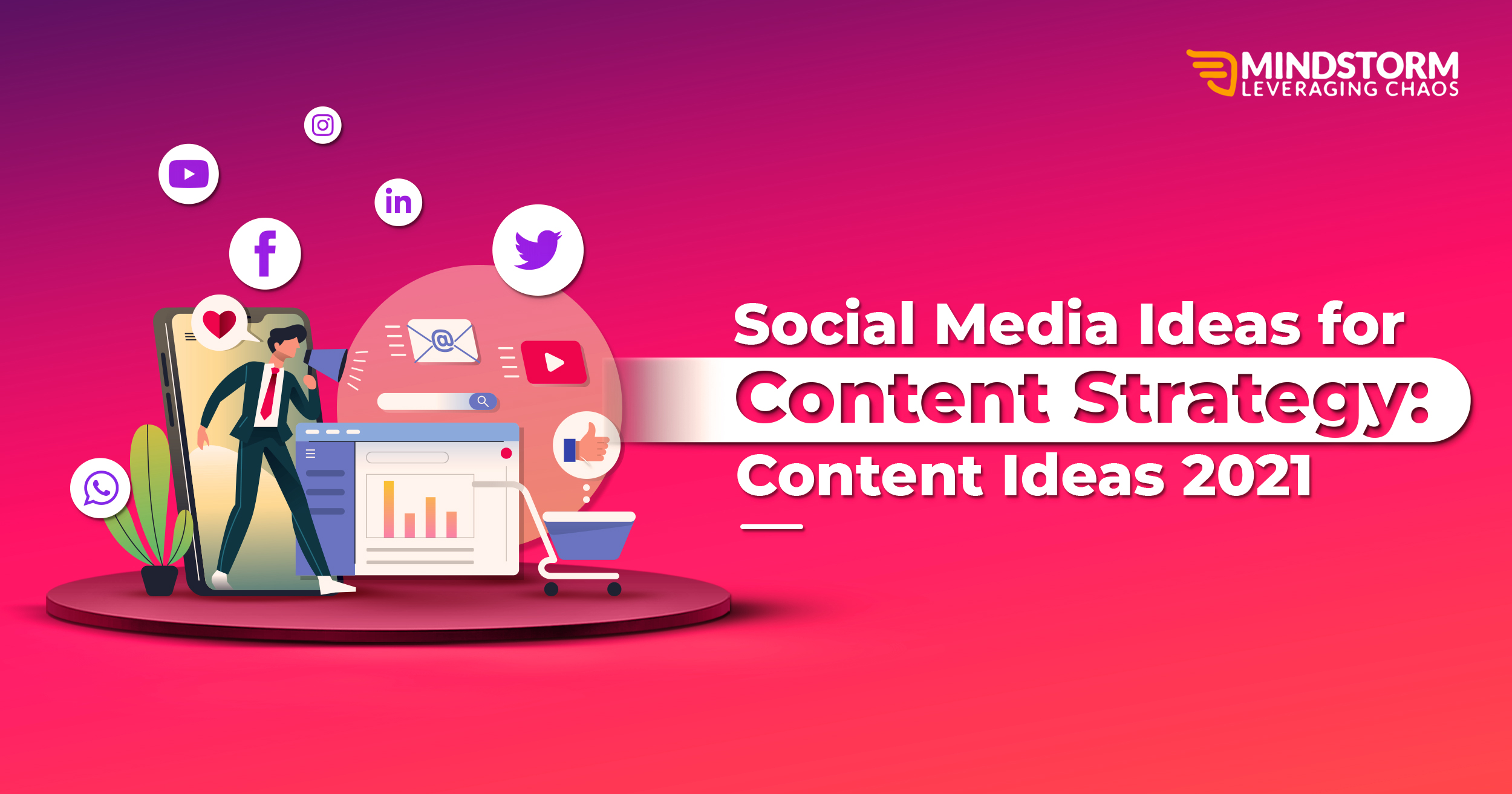