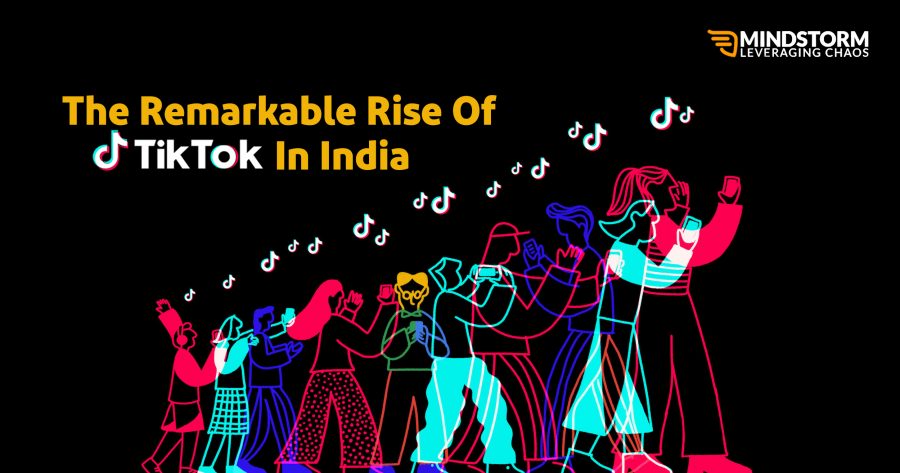 TikTok’s relentless growth in India is hitting Facebook and Instagram to the next level. It has become India’s fastest-growing and most-downloaded app. TikTok is the most hyped social media platform of 2019 and its success is set to continue in 2020.

Pepsi India ran a successful campaign by crowd-sourcing videos for #SwagStepChallenge. The hashtag has over 37.2 billion views and went viral among all. They positioned Tiger Shroff and Disha Patani as a benchmark for people to match their dance grooves. They further combined some popular influencers in the campaign which commenced a successful TikTok campaign for Pepsi India.

Zomato India doesn’t have a significant number of followers or a constant supply of content but managed to achieve over 12.6 million views for their #ZomatoRideToFame campaign on TikTok.

Zomato used their delivery partners and gave them a platform to sing, dance and showcase their hobbies. They offered a chance of winning prizes worth ₹1,00,000 which created a buzz.

Lay’s India was able to launch a new product with over 9.3 billion views on their campaign #Wavez4India and created user-generated promotional content about it on TikTok. It involved content like “Pick a pack of the new Lay’s Wavez and bite into ‘Fun Ka New Shape’. The campaign promoted Yuvraj Singh and choreographer Shakti Mohan. The tune included the spirit of cricket and dance, giving people a reason to groove as well as cheer for India.

Hopscotch is a kidswear fashion brand that used TikTok to wish their audience on the occasion of Mother’s Day. The campaign gave people an opportunity to act with their mothers and their kids, producing fun content. As a result, the #MomRapChallenge video received 5.2 Billion views on TikTok and became one of their most successful branded campaigns.

This Clean and Clear campaign is one of its most successful brand hashtag campaigns with 15.8 billion views. #UnbottleApnaSwag was curated for the launch of a limited edition pack. A quirky brand anthem with high-quality UGC videos was produced by audiences, making the campaign go viral.

OLX created an official account on TikTok and launched a hashtag challenge called the #OLXDekhaHai campaign. The main aim was to reach out to a wider audience and create awareness about OLX and the new logo. Users were encouraged to participate in this activity to create their version of OLX video using the brand music. The campaign has recorded more than 14.4 billion views.

Moov’s #MakeYourMoov was another popular hashtag challenge that gave TikTok users an opportunity to showcase their unique fitness moves. The campaign received 10.2 billion views. Also, the campaign was a tribute to the Fit India Movement launched by Prime Minister Narendra Modi.

Flipkart’s #BigBillionStar campaign has recorded more than 15.6 billion views. Looking to generate a buzz around its Big Billion Days Festive sale, Flipkart ran a campaign under the hashtag #BigBillionStar. The campaign featured it’s brand ambassadors – Virat Kohli, Amitabh Bachchan, MS Dhoni, and Alia Bhatt. All the participants had to make duets alongside the stars. The five best duets would win the Realme 3 pro phones from Flipkart.

FoodFood has shared a number of snackable, bite-sized videos on TikTok. They also created a space for chefs and food enthusiasts to share recipes in a visual format. They gained over 1.8 billion views for the campaign. In addition to that, people could win food hampers worth ₹10,000 which created a buzz.

Here were some of the most amazing viral marketing campaigns carried out using TikTok. Each one of them brimmed with ingenuity that leveraged the chaos within their niche to maximize awareness for their brand. Let us help you do the same, as we at Mindstorm leverage the opportunity behind every social media platform ranging from Facebook, Instagram to TikTok.

Mindstorm, a ‘Hybrid’ Digital Marketing Agency in Mumbai delivers exactly that. Our team has expertise on boosting social media presence of the brand and building the right kind of buzz in the target audience. Also lead generation, and test drive promotions before pumping more money on advertising. Through all these services, Mindstorm empowers brands with real-time and personified creative communications to effectively target social media marketing goals. Also make the brand reach new heights.We don’t simply follow trends at Mindstorm, we set them.