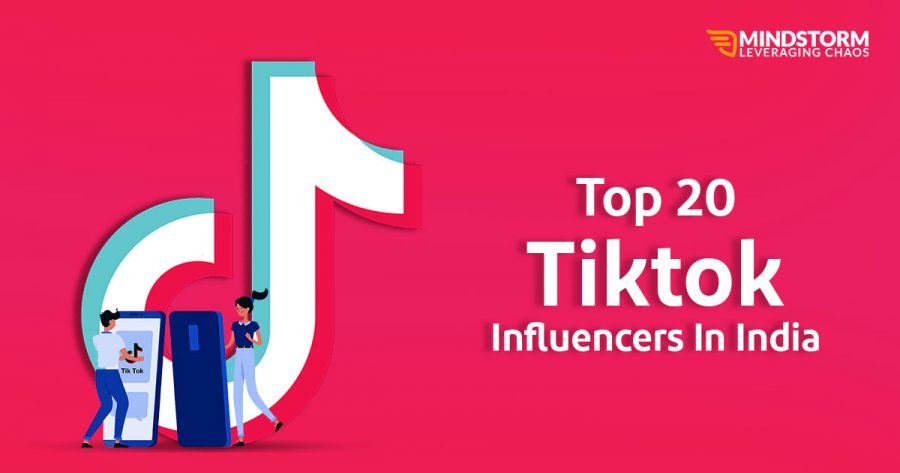 Are you a Bollywood fan? Looking for some fun, drama, and comedy, then Tik-Tok is the perfect Bollywood dose you could ask for. People present on TikTok create and share short video clips that are lip-synced and are full of performance, burlesque, and talent. TikTok’s users upload more than 13 million videos daily.

With 28.4 Million Followers Riyaz Aly is the most popular TikTok star of India. He is the first user of TikTok to reach 10 Million and 20 Million followers. He is popular for his lip-syncs, dancing, and humorous videos. Riyaz is a verified crowned muser of the app. From a comedian to the most popular Tik Tok stars his journey is outstanding.

With 20.5 million followers on TikTok, Jannat Zubair Rahmani is the most popular TikTok user in India. She is an Indian film and television actress who gained recognition through the Colors TV channel.  Her dancing videos are very famous on TikTok.

Awez Darbar is the Founder and Director of the company Ace Production. He is a Choreographer and dancer as well as India TikTok representative who became a member of the 22.3 million follower club on the app. He has 703 Million hearts on his videos. Awez also achieved 3 Million followers on Instagram. He is among the most famous Tiktok influencers.

Avneet was one of the Top 3 Finalists of Dance India Dance Lil Masters 2010 and was a part of many more dancing reality shows. She has now become one of India’s famous Tik Tok stars with 19 Million TikTokers.She an Actress, Fashion Influencer, Dancer, Youtuber and Writer by her profession.

With over 114.3 Million fans, Aashika is one of the top-earning TikTok stars. She has also appeared on TV shows and Bollywood movies opposite Salman Khan. Her acting and dancing skills are impressive which makes her famous on the App.

Nagma Mirajkar recently crossed 12.7 million followers and 278 Million hearts on TikTok. Her posts are about dance, lip syncs, comedies, and more. Also, she is a top style guru on the TikTok app.

Followed by 13 Million TikTok users Manjul is the most popular TikTok Star in India. He is recognized as the ‘male crush of India’. He is known for his lip-sync on TikTok, he is also good at singing and playing guitars.

Rishabh Puri is a crowned TikTok creator with more than 2.3 million followers and is famous for comedic lip-sync, romantic videos and adored by millions of fans for his chocolate boy looks.

Mrunal Panchal is a renowned fashion blogger and TikTok comedian with more than 5.7 million followers. In India, She is best known for her fashion and makeup sense. She won the badge of TikTok comedian and is now a crowned Muser.

Lucky Dancer has 14.7 Million fans on TikTok. His real name is Arhan Khan. He is famous for his dancing and lip-sync videos. Lucky has 546 Million likes hearts on his videos. He is 18 years old and belongs to New Delhi, India.

Sameeksha Sud is a professional model and TV actress. She is famous for comedy video clips, dance videos and lip-syncs on TikTok. She worked in many TV shows in lead roles and supporting roles. Her action videos are very popular on TikTok and it gave her 18.7 million followers.

Hasnain is the expression king of the Tik Tok app. He is well-known for his par comic timing and lip-syncs. He has gained almost 12.0 Million followers.

Adnan Shaikh, a multi-talented TikTok creator has 11.3 Million followers and 510 million hearts. Adnan mainly posts Comedy videos, most of the time he does group videos. On Instagram, he is famous for his fashion skills, dressing sense, and fitness photos.

Heer Naik is another popular TikTok influencer with 3.4 million followers. She is a representative of TikTok India. She is popularly known for her transition skills, which made her win the TikTok transition badge.

Disha Madan with 3 million followers is known for her excellent dancing skills and lip-syncing videos.  She is an entrepreneur with a dance studio known as Dance Corp.

Ahsaan Channa commenced her career as a child actor in Bollywood films. She has acted in numerous popular movies. Her comical lip-sync videos have made her a huge TikTok star with 3.4 million followers.

Manav Chhabra’s TikTok channel is a complete entertainment package from comedy to transformation and beguiling music videos. He has gained more than 3 million followers.

If you are one of the Tik Tok fanatics, there is no way you might have missed Bollywood singer Neha Kakkar. She is an Indian playback singer known as the blockbuster machine of Bollywood with 14.2 million followers on TikTok.

She is popular as the “bohot hard” girl on TikTok. She has 17.0 Million followers on TikTok and 438 Milion hearts. She along with her friend Rugeesvini created a video on Emiway Bantai’s Machayenge Song. This video made them viral on every social platform and ended up by making them the star of the TikTok app overnight.

Vishal Pandey with 10.7M Followers is Famous for his videos on Tik Tok and YouTube. He is a famous model, musician, Influencer,Tik Tok Star and member of “Teen tigada” along with Sameeksha Sud and Bhavin Bhanushali.

Next time you come across viral Tik-Tok videos there is a high possibility to come across these famous 20 influencers. And guess what? you have already been updated about them!

Are you interested in trending among the Tik-Tok leaderboards? The creative gurus at Mindstorm are ready to assist you in making your content go viral. Reach out to them at Mindstorm.in