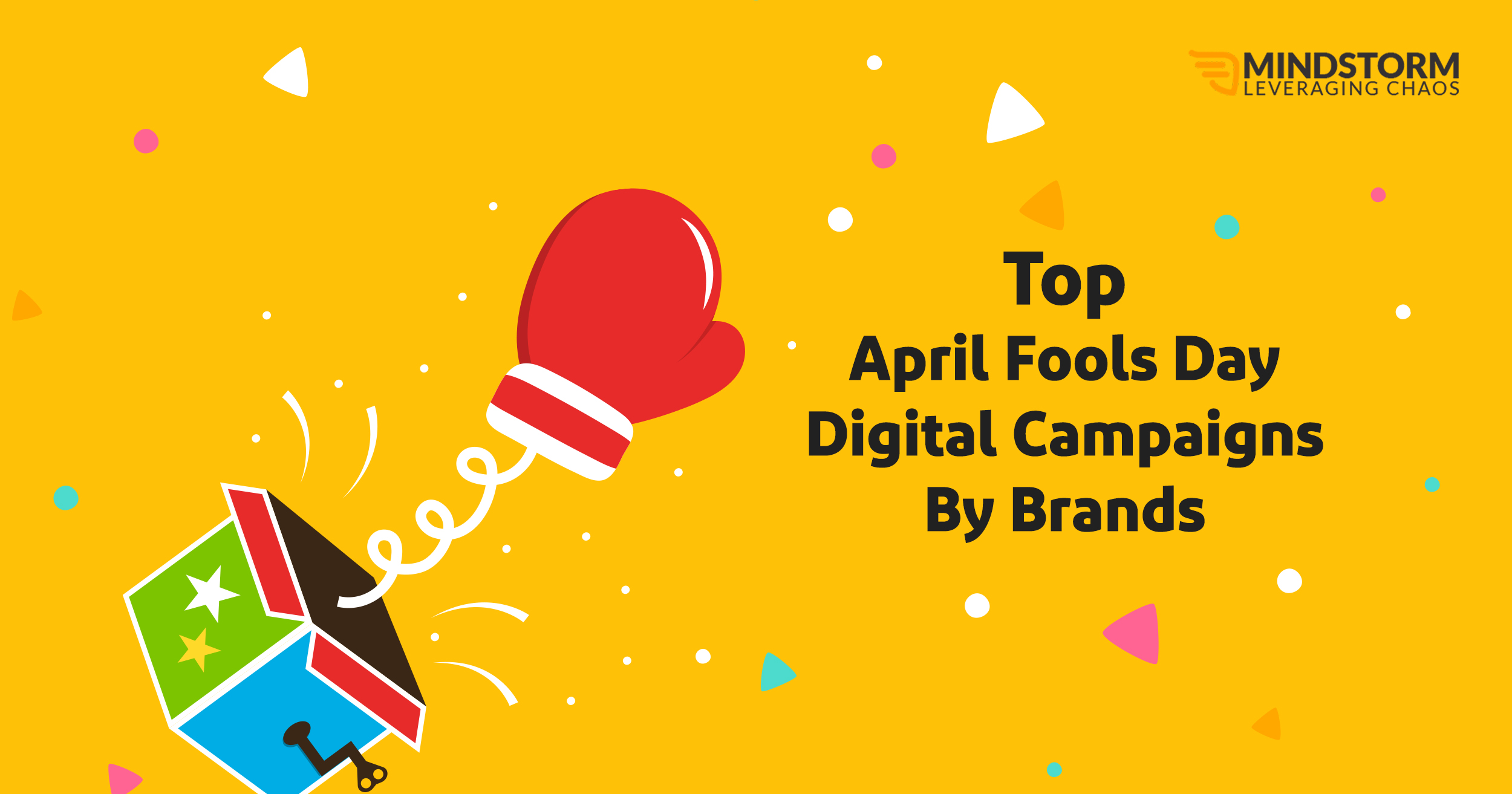 We seem to eagerly anticipate April Fools Day just to see the plethora of pranks people post on social media. Rightfully so, they’re fresh, they’re fun & when brands do it; can be pretty hilarious too. We’ve compiled a list of such creatives by Brands, have a look!

If you have ever been on a tinder date , you may know that many people lie about their height on their bio. To make the most of this situation, Tinder came up with an hilarious campaign where they said they would introduce yet another feature in their app to verify the height of its users. They however revealed it to be a prank, afterall, size doesn’t matter. 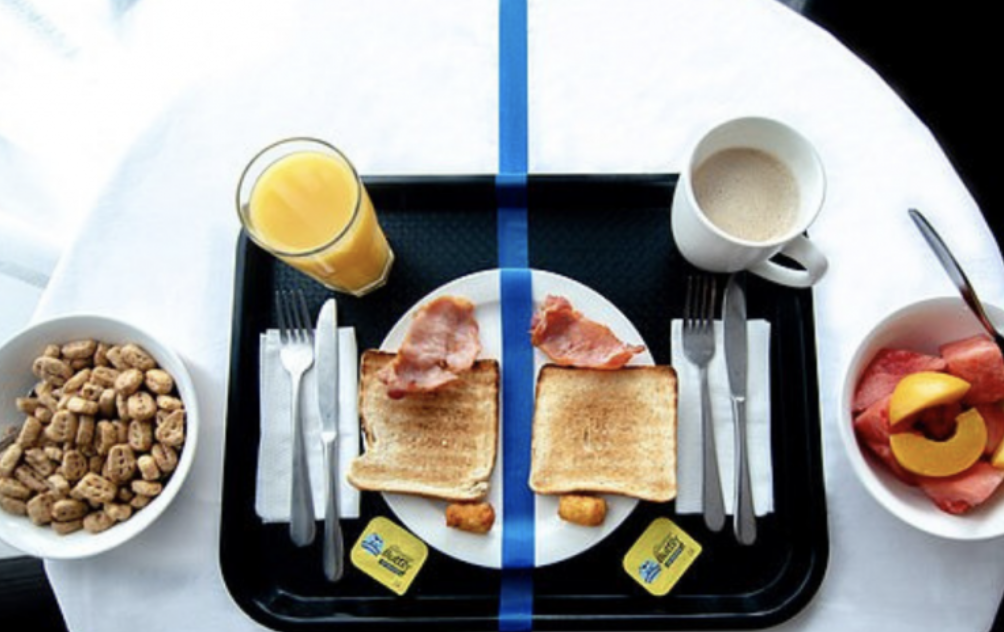 Travelodge took April Fools pranks to the next level with a fresh ‘bedshare’ service that makes travelling a little less lonely and cheaper. Guests will get a 50% discount if they are willing to share half their room with another guest, and the company will clearly mark everything down the middle to make sure each person gets their fair share (even food).

Honda played a prank by campaigning: “Sometimes drivers need to get the attention of others. But do they have to be so rude about it? In its mission to make roads everywhere more civilised, Honda Canada has launched a solution: the polite horn”

Google likes to celebrate April Fools’ day rather than tricking people. Google has  revived another nostalgic game that takes people back to a much simpler, pre-Fortnite time: Snake. Confusingly, the ‘snake’ is now a train. Regardless, the twist on the 90s Nokia classic lets players ‘travel’ to different locations across the world—including Cairo, London, San Francisco, São Paulo, Sydney and Tokyo – straight from Google Maps.

Kikat did a tea time prank on April Fools Day where Nestlé has crafted the optimal blend of tea leaves for the perfect brew to accompany its famous KitKat break. This tea has been developed in the brand’s very own Teaology labs and comes in tea bags inspired by the signature KitKat range: two-finger, four-finger and KitKat Chunky to fit every break occasion.

Shutterstock pranked people on April Fools Day by announcing plans to build the world’s largest brick-and-mortar library. The library is to house over 250 million volumes of imagery, a full-floor of 14 million reels of film and a listening bay where visitors can enjoy over 20,000 music tracks.

AI-powered robots called Cyanotypes are to replace traditional librarians, to ensure the building is open seven days a week, 24 hours a day. Construction of the building is to commence in 2020 and will be designed by the world-renowned Belgian architect, Alexandria VonPixel.

PayPal worked out hilarious new april fools creativity that some users mistakenly took seriously. The brand declared that smartphone users would soon be able to print money from their phone.

While this would be super cool, it would also be super illegal. I think we’ll stick with ATMs.

Amazon Came up with an aprils food feature where Dogs could communicate with Alexa! This fun little video shows what would happen if different types of pets (a gerbil, a cat or a dog) could control an Amazon Echo using “Petlexa.”

People love chocolate and people love mayonnaise, so why not combine the two? That’s what Heinz pretends to have done in this disgustingly compelling piece on April Fools Day.

Burger King came up with a ToothPaste for April Fools Day! This piece from the French division of Burger King presents an odd new product: a Whopper-flavored toothpaste for those who love the taste of Whoppers. Burger King makes theirs more over-the-top, clearly showing audiences that this is a joke.

National Geographic’s April Fools prank was them making a statement that it will no longer degrade animals by showing photos of them without clothes. This website page still lives on to provide well-dressed pictures of dogs and cats.

WedMeGood played a prank on April Fools Day by bringing out an offer to Hire Baraatis for Hire! This sure made the audience wish it wasn’t a prank.

Want to pee on-the-go? Ola has your solution! As an April Fools prank, Ola came with an idea to introduce Ola Restrooms!

The next level of Beer was almost here! Kingfisher came with an April Fools prank launching Instant Beer in sachets.

Honda pranked people on April Fools by telling people they were launching emotions on the steering wheel! Honda often surprises with innovative features and this time it has installed emojis in a steering wheel.

Google pranked people on April Fools by launching Google Wind that recognizes cloud patterns, accumulates the power of 1170 windmills spread all over the country and prevents bad weather from happening.

27. UberEats – Soul desserts to turn back time for your skin

One brand that’s closest to all our hearts decided to play an evil prank this April. With tempting promises of getting free fries for the entire year, they asked people to find a code hidden in a picture. Follow their directions, and you’ll end up reading a message that says “Promo Code – Happy April Fool’s Day”. The lure of yummy fries as a prank = Savage!

Count on Emirates to even make their April Fool’s Prank luxurious.

Olay upped its game with some Twitter Banter withUberEats!