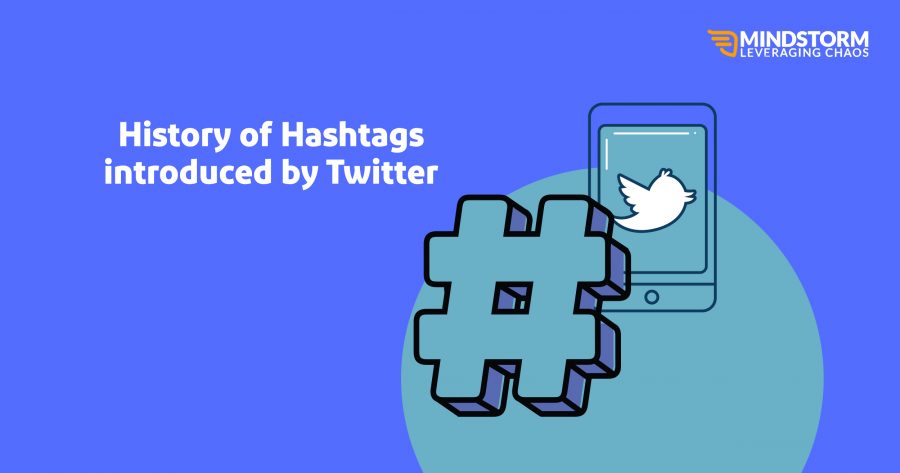 Whatever is happening in the world, is happening on Twitter. From events of importance to advocating for change, the world is talking about everything on Twitter. Every minute 350,000 tweets are posted. With time hashtags have gained a lot of popularity and have become staples of social media platforms. From social issues to product launch, or any meme-y content, everything has its dedicated hashtag. Ever pondered on how all this started? Here’s how hashtags and Twitter trending emerged on social media platforms.

Hashtags were never called by this name until famous on social media. This (#) hash aka pound symbol was first used on the Internet in 1988 on a platform named Internet Realy Chat (IRC). People across IRC used it to label groups and topics based on various information available across the network in form of text, videos, or images. The primary purpose that (#) served on IRC was it enabled people to search for relevant channel or content. As Twitter came into existence in the year 2006, it soon gained popularity among a section of people who used Twitter to put up short updates. But, soon there were complaints from users that they saw irrelevant content and find it hard to search for required information. The Twitter audience was looking for a more simplified functionality to communicate better.

As a solution to this issue, Chris Messina suggested implementing an IRC-like hashtag system to group topics of similar interest. And tweeted about his idea on 23, August 2007.

“The very ephemerality of hashtags is what makes them easy and compelling to use in a fast-moving communication medium like Twitter. – Chris Messina”

Chris Messina suggested Twitter to reshape its model by adopting Hashtags preceded with a keyword (#keyword) to categorize and group relevant topics. But Evan Williams, founder of Twitter nullified the idea as the technical approach of Twitter didn’t align with the Hashtag practice. Soon, various events and responses from audiences led to the popularity of Hashtags on Twitter.

And here’s how it began:

A catastrophic wildfire in San Diego County in the fall of 2007, soon become a topic of conversation on Twitter. California resident Nate Ritter happened to continuously tweet about the wildfires. Chris Messina saw the potentiality of Hashtags here and suggested the use of #SanDiegoFire on all related tweets. This was the first time a Hashtag was so widely used and soon Ritter’s tweets became well-known.

In 2008-2009, Hashtags became quite popular as the world slowly began to adopt them. In 2008, former President Barack Obama used the Hashtag #askobama during his Election Campaigns, which turned out to be very much successful.

The protests in 2009, was another major event that led to Hashtag’s approval. The protests against the presidential election in Iran became a matter of online discussion and soon it was dubbed the Twitter Revolution, which we name today as Hashtag Activism.

All these events led to the official adoption of Hashtag by Twitter. And finally, in the year 2009, Twitter hyperlinked hashtags from Tweets. This enabled users to search for and follow a specific hashtag and instantly check all related discussions or Tweets.

Soon various movements were now Tweeted about on Twitter with Hashtags. One significant movement that accelerated Hashtag Activism was the Arab Spring, with no means of communication, various activists updated about the happenings on Twitter. Another such hashtag is #BlackLivesMatter, which was against racism practices. This hashtag has been trending for years and even in 2020, the hashtag was the second most used hashtag of the year. Another such example is  #MeToo, which exposed many in the film industry.

The following year Twitter introduced “Trending Topics” which displays the most popular hashtags at a given time.

Twitter trending is driven by hashtags that were most talked about and gained popularity in a specific time period. The engagement factor is the pillar of trending on Twitter. But, it’s a bit tricky too. It completely depends on Twitter’s Algorithm, which is highly dynamic in nature.

What is a trending topic?

“Twitter’s algorithm “identifies topics that are popular now, rather than topics that have been popular for a while or on a daily basis, to help you discover the hottest emerging topics of discussion on Twitter that matter most to” users.”

Today, apart from voicing out social issues and significant events, “Trending on Twitter” has become a marketing practice by many brands. This helps in driving engagement with brands, generating impressions, and building brand awareness. Twitter has become an inevitable part of Social Media Marketing.

If you are a brand that aims to trend nationally, we at Hybrid Digital Marketing Agency | Social Media Agency in Mumbai can help you. For more information read this post- Twitter Trending Marketing Services in India.

History of HashtagsHistory of TwitterTwitter TrendingTwitter Trends
20 Apps and Tools to help you analyze data from Amazon Marketing!
10 Twitter trends that you might have missed in 2020!