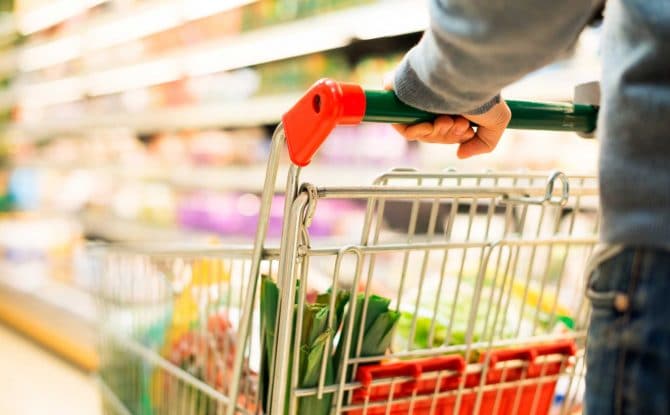 Sylvan Goldman was an American who served in World War 1. But he didn’t shoot guns. Instead, he was a food requisitionist in France. It was his job to find food for the soldiers fighting in France.

After the war, he took the skills he learned as a food requisitionist and started his own venture. With his brother, he started wholesale fruits and produce selling the business in Texas. And later on, with some monetary help from his uncle, he started the first supermarket in the state of Oklahoma. The Sun Grocery Company.

Within 3 years, he was running a successful supermarket chain – that had grown to 55 stores!

Sylvan sold off the Sun Grocery Company for a huge profit. But promptly lost most of his fortune in the stock market crash and the great depression of 1929.

So Sylvan went back to doing what he knew best. Changed cities and created another successful supermarket chain. Standard Grocery.

As someone who constantly optimized every small detail in his stores, Sylvan was always troubled by how difficult shopping was for women with kids. Juggling kid, as well as big shopping baskets, was a difficult task.

And so, in 1937, he came up with the invention that you still use today: the shopping cart.

But these shopping carts were a huge failure. No one used them in stores. When Sylvan asked the shoppers why – men told him that it made them look feminine. And women told him that they didn’t want to push something that looked like baby carriages anymore.

At this point, when the market had invalidated your product, most people would give up and move on to something else. Not so with Sylvan. He doubled down. And hired male and female models to push these shopping carts all around his stores and demonstrate its utility.

When folks saw others were using the invention, they started using it too. And soon, other stores started asking Sylvan if he could provide them with these shopping carts.

So Sylvan patented the shopping cart. And started charging a royalty for any shopping cart made and used in the USA. And became a multimillionaire!